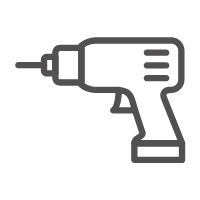 If you have a home, there is a chance you have made remodeling mistakes in the past. While there are always different ways that you can move forward and make changes, the fact of the matter is there are a lot of different things you can do to streamline your process in the first place. For instance, it can be incredibly helpful to work with professionals from the start to eliminate challenges, so you aren't faced with issues that could make things more difficult for you in the long run. On this website, check out great information that details all kinds of issues you may come across, how to manage different aspects of those challenges, and what you can do to keep small issues from becoming widespread problems.

Are you dreaming of a custom bathroom that reflect …

If you're tired of your kitchen looking dirty and …

Are you tired of having a bare backyard? If so, co …

The crawl space is often an overlooked area of your house. You probably don't think about it until you need to crawl inside, a situation you likely dread. Yet, as Bob Vila points out, the crawl space can give you early warning signs of maintenance issues that will only become worse. If you haven't looked in your crawl space in a while, look it over and also watch for the following signs.

You can't expect your crawl space to smell fresh, of course. However, it also shouldn't be particularly odorous. If you open up the door to the crawl space and you smell a musty odor, you probably have a moisture problem. With an excess of moisture, the area develops a buildup of mold and mildew. They release foul gases, which are the odors you smell.

Perhaps you open up your crawl space and not only get hit with the musty smell but also see standing water. That water is a bad sign. You might have a plumbing issue such as poor drainage or leaking pipes. If the water is left standing in your crawl space, it will certainly develop more mold, which can even spread to other parts of the house. Your foundation may also become damaged.

The crawl space isn't the only place you might see too much humidity. If enough of it builds up in the crawl space, it can actually increase the humidity levels of your rooms. One sign of high indoor humidity is condensation forming on the windows, on metal appliances, and around pipes. Certain rooms might smell musty. You may even see mold or mildew on your walls.

Anytime you walk across a floor with nothing on your feet, you're likely to feel a slight chill. However, if your floor feels especially cold or only cold in certain areas, you might have a crawl space issue. You most likely have an uninsulated crawl space or one with inappropriate vents. It's pulling cold air from the outside, which makes your floors feel cold.

Both the high humidity and the cold crawl space can lead to your utility bills going up. For one, if your crawl space is making your house cold, you'll probably turn the heat up. What's more, the conditioned air may be escaping out of the space. Secondly, high humidity levels will force your HVAC unit to run overtime to compensate, which will naturally increase your bill.

If you have any of the above problems, look into solutions such as a sump pump system, thermal insulation, or a vapor barrier system to improve the health of your crawl space. Contact a crawl space repair service like J and J Woodworking LLC to learn more.